THE DEPUTY leader of Malvern Hills District Council had her e-bike stolen  yesterday morning (Friday) and then returned after a social media appeal.

Green Party member Coun Natalie McVey, also the portfolio holder for health, housing and wellbeing, posted on Twitter at 7.41am saying her Victoria 5.6 bike had been taken and she asked people to look out for it and report any sightings.

Then, in what she describes an ‘amazing update’ she revealed it had been found. 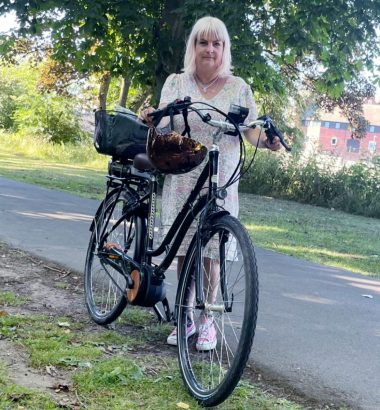 She added: “It’s fantastic to have my bike back.

“It was found near my home, saved by the fact that the Dutch lock was on and therefore couldn’t be wheeled off.

“I was devastated that it was gone, even if only for a few hours, and am delighted to have it back.”

Later, a post was added to our story about the theft and return on Twitter about ‘cycle hangars’ being installed by Brighton and Hove Council.

The hangars provide on-street parking for up to six bikes which give cyclists the chance to rent a space near their home.

The hangars are covered, secure and accessible via an easily downloaded app or a lock and key.

Coun McVey said: “These are fab and certainly something to look into.

“It’s trickier in established residential areas but this is a good solution.”